Marine operations or the navy is the pride of every nation. The courage and strength are not reflected in those fierce eyes of the personnel but the impeccable management and handling. With numerous operations, marine engineers are required to note and evaluate various parameters. Though for many parameters, the marine engineers are already equipped with gauging equipment, for certain attributes, they need skill and on-spot intelligence. As these parameters are influenced by various dynamic factors, they cannot be directly read through an instrument. With the use of Marine ERP systems like TRANS-Series to help manage the expenses concerning the on-spot applications.

Such reading and evaluations require formula-oriented calculations while considering those dynamic factors and varying inputs. Bunker calculation is one of the most crucial ones that is needed to be performed on the board ships. If you are a marine engineer, then you need to manage and attain the skill of bunker calculations based on an accurate formula. In this article, you are going to explore what is bunker along with the right formula to calculate it. A marine engineer needs to stay aware of the bunker calculation and hence make the right decisions to optimize bunkering on the ship. So, let’s get started.

What is a Bunker?

The term bunker is used majorly in the defense forces and is taken into the application to describe an area used for storing and securing supplies and other personnel including food, fuel and ammunition. The word was derived from the Scottish word “Bunk” which reflects reservation of a bench or a seat.

In the case of the shipping industry, the term bunker is taken into an application for lube oils and fuel that are stored within a ship and is further used for machinery operations. When a vessel is carrying the marine fuel or lube oil to deliver or discharge it on the destination port, it cannot be termed as the “bunker”. However, when it is used for carrying the oil or fuel to be shared or transferred in a different ship for machinery purpose, then it can be termed as a “bunker”.

Being in the marine business, you must have heard about bunkering. The term bunkering is referred to fill various tankers on the ship with ship fuel. It’s a very crucial process and requires various calculations and recording. With the use of TRANS-Series, the management of bunker expenses with the use of the invoice can be easily facilitated.

Ships consider bunker as the type of marine fuel or oil that will be used in the machinery operations. There can be two types of oils including Diesel Oil, Heavy Fuel Oil and Liquified Natural Gas. All these fuels and oil are known as a bunker.

Now, let’s check out the calculation of bunker. Though bunker calculation is necessary to manage the fuel within the ship, it is also critical to handle the cost management. With TRANS-Series, you will have the chance to manage bunker purchase entry, monthly expense transfer entry, inventory process at the final unit price of the bunker and revaluation of bunker process. These all processes are exclusively important to understand and rectify the factors that are responsible for the loss. Now, let’s check out the calculation of bunker.

The most common formula calculates bunker based on the weight through its formula,

At the beginning of a shipbuilding project, all the vessels are provided with separate tables highlighting the capacity of the water tanks and bunker. Every tank’s capacity is referred to in volume and is further highlighted sequentially as per the levels of ullage or sounding. It also persists the rectification factors according to numerous heel conditions and trims concerning the vessel.

As often MGO bunker delivery note already emphasizes on the correction temperature to be 15 degrees C, many marine engineers take a direct approach to calculate the bunker quantity through,

The TCD is evaluated using 15 degrees C as the work is aligned with the same temperature using the given formula. So TCD will be equals to,

This type of calculation reflects that bunker barge, who is supplying the fuel would rarely consider the possibility of the surveyor manipulating the figures. Hence, the receiver will get less product, however, it will be completely signed.  Hence, the first formula is the right approach to calculate accurate bunker volume.

Let’s understand the calculation of bunker through the formula “Mass = Volume x Density” in this example. The example takes the case of heavy fuel oil.

So, for the temperature of 48 degrees C, considering the density at 15-degree Celsius KG/M3, the correction factor will be 0.9773.

So, now applying the formula

As much as it’s important to calculate the mass or the weight of the bunker, it also critical to pay attention to its bookkeeping and inventory management. TRANS-Series is an operational Marine ERP system that has an exclusively effective Bunker Management System. No matter, if the operator of the system is a person from an accounting background or not, this model can be seamlessly used by all.  Developed by AIS- Accounting Information System. Take a look at the key features of this system.

Overall, Bunker management in scientific as well as accounting is crucial. Following the dynamic aspects such as varying density under different temperatures make it difficult to pursue a set method of calculation, you have the opportunity to acquire assistance in terms of inventory management of bunker through TRANS-Series. It’s one of the best software with multiple benefits and attributes to foster ease in calculation and record maintenance. Keep a check on your expenses with a smart marine ERP system called TRANS-Series. 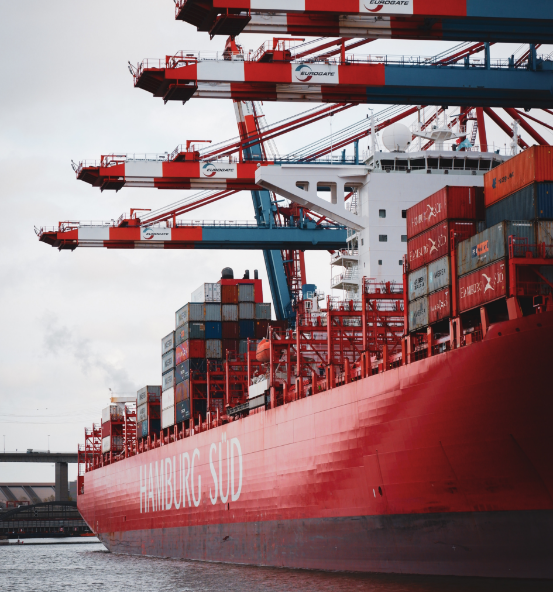 What are Receivables? Receivables are the dues a customer owes to the business, in exchange of services s/he gets from..... 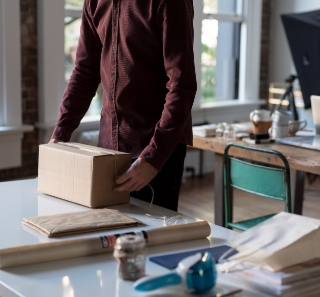 This fixed assets schedule is important to maintain because it is highly critical in understanding the accounts of the company......

Such reading and evaluations require formula-oriented calculations while considering those dynamic factors and varying inputs. Bunker calculation is one of.....

Please fill out the information below, and you will be eligible to download our company brochure.